Julianne is amazing. Every visit I am so happy with the results. She is extremely talented, LOVE my cut and colour every time. SO unbelievably happy to have finally found a hair dresser of this calibre in Ottawa! Thanks Julianne, you're the best!!
1 0
By

Julianne listens really well to her clients requests and is great at socializing. It’s never awkward with Julianne, and I always look great when I leave!
2 0
By

Melissa Cohen
Stylist - Julianne
Julianne is the best colourist I’ve been to in Ottawa (and I’ve been to a lot). I’m naturally very dark brunette and she’s been the only colourist to ever get my blonde, well.. blonde, and not some shade of yellow. Made my hair look great with a cut as well. Highly recommend, and am looking forward to going back!
3 0 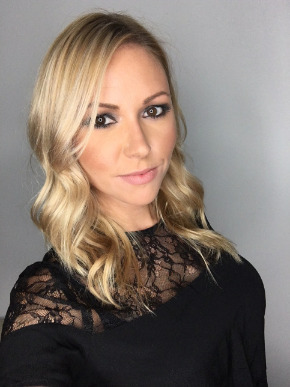 Julianne has been a stylist at Precision Styling since 2009. After being a flight attendant for a year, she decided it was time to begin her career as a hairstylist; her true passion.

Julianne has been a member of the Sebastian advocate team since 2010 which has given her a real opportunity to build herself into the stylist she is today and plans to continue to grow and reinvent herself.

Julianne has entered multiple competitions including the What’s Next Awards and finished top 15 in Canada in the Trend Vision Awards alongside her boss, Daniele. Julianne considers herself a well rounded stylist that enjoys colour,, highlights and styling; and equally enjoys cutting men and women’s hair.

She Specializes in Ombre and Balayage. There isn’t a challenge she isn’t willing to accept!!